by Belkaid Hichem
in Science
0

“To see someone on the big screen in this major mainstream film who is reflective of who I am is very powerful,” said Finley, holder of the Nichole A. and Thuan Q. Pham Professorship and an associate professor of biomedical engineering as well as quantitative and computational biology.

“For little Black girls and Black children in general, I think it can be very impactful and inspiring and change their perspective about what’s possible for them.”

Produced by Marvel Studios and distributed by Walt Disney Studios, the film is the sequel to 2018’s Black Panther, which starred Chadwick Boseman in the title role. It is directed by USC School of Cinematic Arts graduate Ryan Coogler, who co-wrote the screenplay with Joe Robert Cole.

Boseman died from colon cancer in 2020, and his role of T’Challa/Black Panther was not recast. Instead, T’Challa’s scientist sister — Shuri (Letitia Wright), who designs new technology for the mythical country — has a more prominent role in the sequel.

Also key to the plot is an MIT student named Riri Williams (portrayed by Dominique Thorne), a genius inventor who will return in the Disney+ series Ironheart. 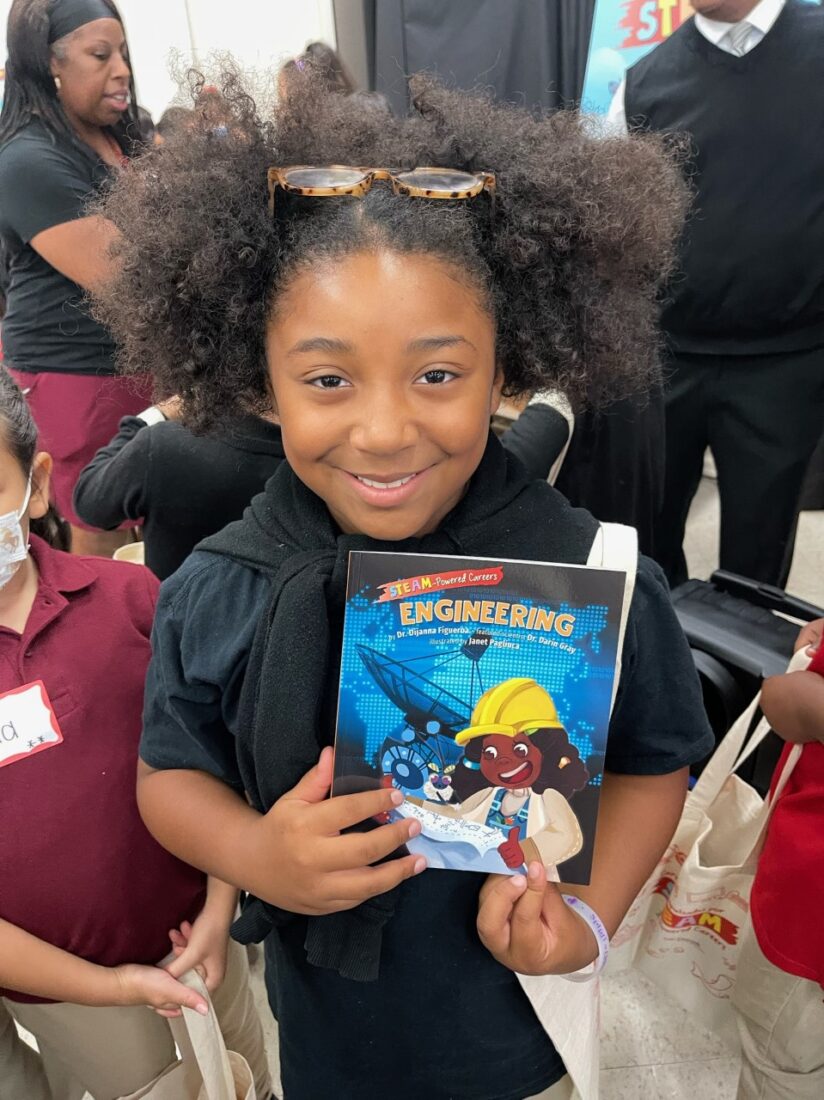 “They shatter the stereotypes of scientists generally being nerdy, white males who have trouble interacting with other people,” Finley said. “They also are very strong and engaging and connect with the audience and other people in the film. There are lots of ways in which this film is very much a trailblazer.”

In the sequel, Wakanda comes under pressure to share their vibranium, a fictional metal that can absorb, store and release large amounts of kinetic energy. The Black Panther wears a suit made of vibranium, which had only been mined in Wakanda.

Black Panther: Wakanda Forever was released on Nov. 11 and has quickly become one of the year’s biggest box-office hits with a record November opening of $181 million domestically — the second biggest debut of the year. The sequel also grossed $150.3 million internationally for a worldwide opening weekend of $331.3 million.

When Clifford V. Johnson, a professor of physics and astronomy at USC Dornsife College of Letters, Arts and Sciences, saw the trailer for Black Panther: Wakanda Forever, he was deeply moved — almost to tears.

“There was just that feeling that ‘Oh, OK. Look, they’ve nailed it,’” he said. “I think this one is so significant for many cultural reasons. It has big themes that don’t really get explored a lot in other mainstream movies. And you can see in the trailer powerful, Black voices with a perspective and things to say. That’s a great feeling.”

Johnson has worked as a science adviser on many film and television projects, including Marvel’s Avengers: Endgame, Avengers: Infinity War, Thor: Ragnarok and Agent Carter. His role and that of other advising scientists is to make the imagined science in a film or television show feel believable.

Although he didn’t personally advise on either of the Black Panther films, he said they accomplish his goal to broaden the diversity of scientist characters whenever possible.

While Tony Stark (Iron Man) and Bruce Banner (Hulk) are considered two of the finest minds in the Marvel Cinematic Universe, Johnson said he’s spoken with a lot of Avengers writers, producers and directors about trying to give more scientific roles to other people.

There are people of color doing science at the highest level, so why not have that on screen and make it part of your storytelling?

“There are people of color doing science at the highest level, so why not have that on screen and make it part of your storytelling?” he said.

“It just enriches so much of what you can do. It’s easy to make the case that you tell a better story, and you get more people buying tickets, if you include these kinds of things.”

In 2018’s Avengers: Infinity War, Captain America called on Shuri to help in the battle against the villain Thanos by using her technology to safely extract the Mind Stone (one of the powerful Infinity Stones) from the head of the character Vision.

“One of the things I kept talking about when I got the opportunity was that science is collaborative and has individual disciplines in which people specialize. I thought it would be more realistic and give you an opportunity to showcase other characters.”

Johnson considers the widespread success of the Black Panther franchise to be one of the most significant boosts for science engagement in recent times. 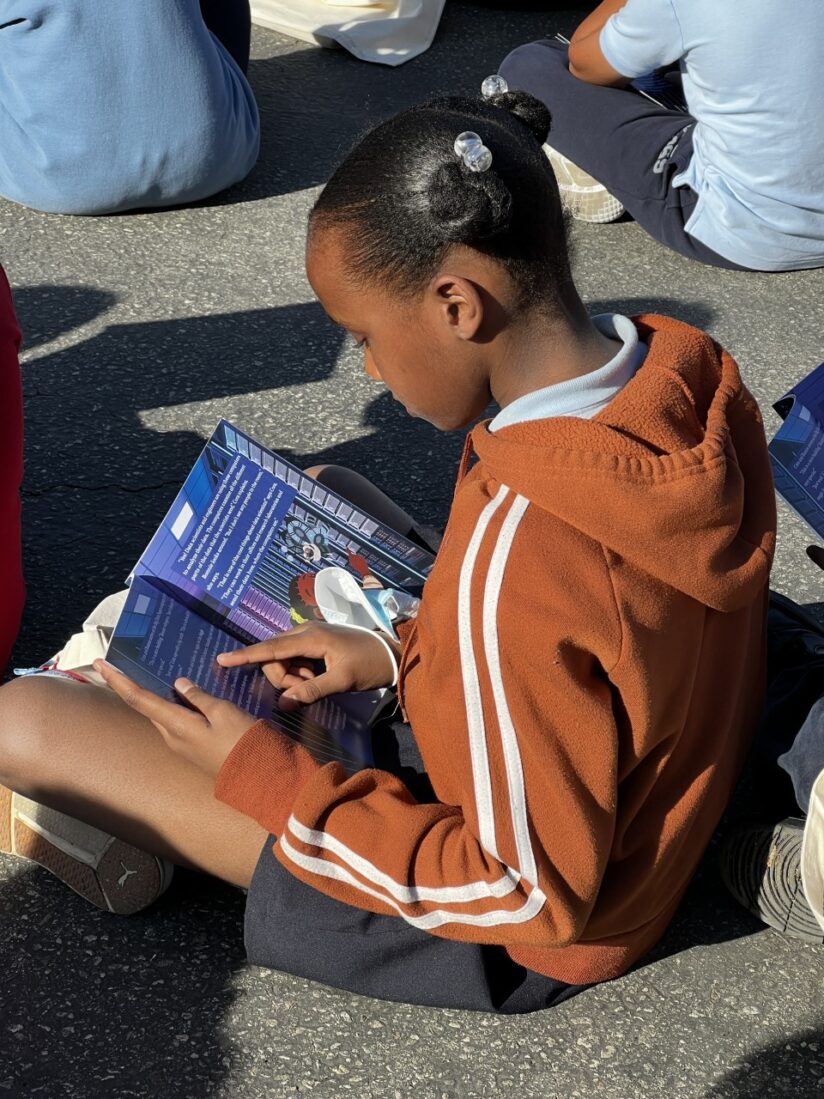 “It has inspired a huge and diverse audience worldwide to appreciate more how crucial science can be, and that all kinds of people can be scientists,” he said.

“You see the superheroes as not just the muscle. They’re doing stuff at an intellectual level that is on a par with everyone else in the movie. And it’s crucial.”

Being what you can see

Dieuwertje “DJ” Kast, director of STEM (science, technology, engineering and math) education programs for USC’s Joint Educational Project, said the kind of representation provided by Black Panther through media and through books is critical for students of color because “you can’t be what you can’t see.”

“Wakanda itself represents a safe environment in which a person of color can thrive, and the sequel focuses much more on Princess Shuri being a STEM role model for young women,” said Kast, whose program matches USC students with opportunities to educate kids from underserved communities near the university.

“She is this amazing Black woman and the main innovator. Students of color, especially women of color, need to see strong role models to feel inspired and motivated and to persist in STEM fields.”

JEP recently created a series of 10 STEM career books featuring animated characters of color and real-life scientists, including Finley, who wrote the data science book and participated in a reading in October.

“It’s explaining this type of STEM career in a way that elementary school children can understand,” Finley said. “They can see a scientist who looks like them.”

Free digital copies of the books (in English and Spanish) are available online, as well as lesson plans for each book and the corresponding scientist interview videos.

Jazz are legit, Warriors are in trouble, Doc Rivers must go and other takes on the young 2022-23 NBA season