Yarde stopped Stefani Koykov in the third round on Saturday night before confirming he will challenge Beterbiev for the WBC, WBO and IBF light-heavyweight belts in London.

Beterbiev added the WBO belt to his collection with a second-round stoppage of Joe Smith Jr in June, extending his record to 18 victories, all by knockout.

“I never back down from a challenge, and Anthony Yarde is a top contender who asked for this fight,” said Beterbiev, who was defeated by Oleksandr Usyk at the London 2012 Olympic Games.

“I look forward to fighting in London for the first time since the Olympics.

“Yarde called me ‘slow’ after my fight with Joe Smith Jr, but slow and steady wins the race and on January 28, I will win in London.” 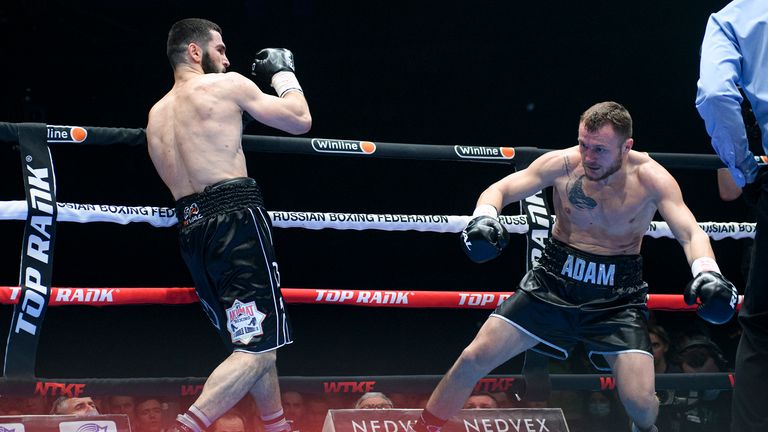 Artur Beterbiev has stopped every single one of his opponents

Yarde was halted by Sergey Kovalev in his only previous world title fight in 2019, but the Hackney man has vowed to shock Beterbiev.

“January 28 will be my night,” said Yarde. “My destiny playing out in my home city, and this is what I have been longing for throughout my professional career, which started at Wembley.

“I won’t make any big predictions for this fight against a strong unified champion in Artur Beterbiev, but what I will say is that I will leave nothing to chance, and I am at my best when I fight fire with fire.”